Somehow, through the grace of the writing muse, I have returned with another part of the Washed Right Out series. Unfortunately, it's another bloody side story. I hope y'all like it anyway, though. It features our protag, Riley, and his uncanny colleague, Eren. I'd say that as long as you know who these men are, you are good for reading this story. Chronologically, it's a bit funnily placed. Just pretend it's set sometime in the real early part of the series.


One Long Drink. Word prompt: "You know what cures a headache, right?"
Eren was the one who took Riley out that Friday night, to a small bar only a few blocks from work where the hipsters sold their experimental brew and the music was live and incoherent.
"Let's have a drink."
Read more »
Posted by Sarah at 11:30 PM No comments:

I am actually rather excited about this news! Claymore has always been one of my favorite shonen manga centered around women, but I had fallen behind in reading it around volume 15/16. Rosario + Vampire is a ridiculous, silly supernatural series but it never fails to be entertaining. I would recommend both of them, although perhaps not to the same person.

Both sets will be published under the Shonen Jump Advanced imprint and will arrive in time for the start of the 2015 Holiday shopping season. The CLAYMORE complete series box set releases in October and will include Volumes 1-27 of creator Norihiro Yagi’s epic medieval action saga. CLAYMORE is a riveting, multi-arc, character-driven action story that has been a New York Times manga bestseller. The ROSARIO + VAMPIRE set debuts in November and will contain BOTH “seasons” of creator Akihisa Ikeda’s acclaimed high school vampire drama in a special 24-volume manga box set edition. Both releases also will include a collectable premium.
Read more »
Posted by Sarah at 12:56 PM No comments:

("Is this a poor excuse of a post from an overworked college student?", one might ask, hypothetically. Shush, hypothetical asker! And ask that to the various paper deadlines looming overhead.)

Thanks to Colorlines for the video link: Watch Captain Sikh America in 'Red, White, and Beard'. If you recognize Vishavjit Singh, the man behind the Captain Sikh America costume, it's because he's gained popularity in the past year. He's been interviewed, featured in a Facebook advert, and now has a short online film centered around him and his project of fighting intolerance in America. You can even follow him on Twitter!

The full Red, White and Beard film can be found below:


Singh is a ridiculously talented, brave individual. I hope his costumed approach wins even more hearts and exposes more of America's issues in 2015. Plus, his costume is seriously cool looking. Are we sure that isn't really Cap's shield he's wielding? He handles it like a pro. I'm pretty sure that if we handed Singh the handle to Mjolnir, he would be able to swing it around like a whiffle bat.

So! It had come to my attention that I did not have a masterpost for my current Wednesday Brief flash fiction series, Washed Right Out. Consider that wrong righted! Below are the links to every individual installment of the series so far. This post will be updated every time there is a new chapter, and a link to this post will be sticky-noted on the sidebar of the blog for future reference. Hopefully, this makes things easier for everyone!

Washed Right Out: a romantic comedy horror drama slice-of-life cautionary tale with hair styling, casual stalking, sexy photoshoots and men who grow flowers. Work in progress. Chapter with an asterisk is the most current installment.

Five Short Rinses: A companion piece to Washed Right Out's main story, with five brief glimpses at characters and a few pivotal moments in their personal histories. It is recommended you read up to chapter 14 of WRO before reading this one-shot.

One Long Drink: The second companion piece of Washed Right Out, centered around Riley and Eren after work. If you have read Riley's first whole scene at his work, which spans several chapters, you can read this. Specific chronology is wonky so read at your own risk if a clear timeline is important to you.

RANMA ½ is being released as a series of 7 High Definition Limited Edition Blu-ray and Standard Edition DVD Box Sets. The RANMA ½ Limited Edition Blu-ray Box Set 5 carries an MSRP of $54.97 U.S. / $63.99 CAN. The set features Episodes 93-115 on 3 discs, presented in full 1080p High Definition resolution with the series’ original, un-cropped 4:3 aspect ratio. The Blu-ray edition also contains a 32-page booklet with individual episode summaries. Bonus features include clean openings and endings as well as series trailers and a special “We love Ranma Part 5 - We love Collecting” segment. The set comes in a gorgeously illustrated chipboard box with embossed foil stamping.

Over three years ago, VOCALOID introduced us to Tone Rion, a V3 idol who debuted in 2011 and was re-released in 2013. She had an interesting debut song and a great outfit, but I somehow haven't heard anything out of Tone Rion's soundbank since. Where has Tone Rion gone?


Well, she's technically still around and available for purchase. Unfortunately, she's not as popular a choice as other V3 artists like Megpoid and Maika, and as the VOCALOID wiki points out, her voice requires some additional editing due to flatness. Also, she was voted the least popular release of her group - ouch. She hasn't been represented in the Nico Nico Douga ratings since her debut in 2011.

I don't expect poor Tone Rion to get a revival movement for her to join the VOCALOID NEO line-up - it doesn't help that so many VOCALOIDs were released after her that have obtained much more popularity - but perhaps we were too quick to dismiss the potential of her soundbank and character. Give Tone Rion another chance, music makers of the world! 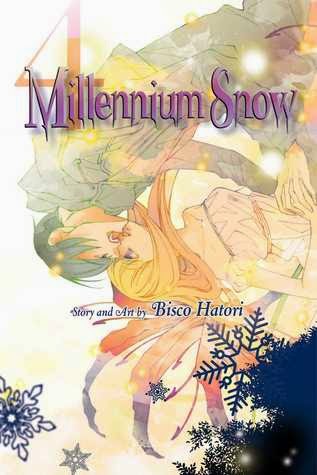 Spoiler alert: Review contains major spoilers for the fourth and final volume of Millennium Snow, as well as events leading up to it.

Toya still hasn’t agreed to make Chiyuki his partner, but while his opinion hasn’t budged, time has. It’s now their last year in high school, and Toya is facing the prospect of supporting himself for the rest of his long life. But even with Chiyuki’s calming influence, is Toya capable of holding down a job? And if he’s not, how will a lone vampire survive in this cold world?

In 2001, manga-ka Bisco Hatori would begin work on her vampire shojo series Millennium Snow. A year later and another series would quickly eclipse the first's in popularity and steal away Hatori's attentions, leading to putting Millennium Snow on hiatus for years and years (that second series being, of course, the classic rom-com Ouran High School Host Club).

Over ten years later, Hatori has returned to her first series proper and given it a real ending. While it occasionally dips into the melodramatic and the rushed, it marks a significant uptick in Hatori's manga repertoire and gives the story of Chiyuki and Toya a much desired conclusion.

Reading the two different Soul Eater series via Yen Press' English releases so far - the parent series, Soul Eater, and its shoujo-esque sister series of a prequel, Soul Eater Not! - I keep finding that, comparing releases, I'm enjoying the NOT version more than the EAT version. And that is kind of weird! And possibly controversial, since Eat! is a spin-off with seemingly few fans.

The main sticking point for readers is the wide difference in tones between the two series: Soul Eater is a darkly Gothic/Tim Burton series with demented themes and artwork; Soul Eater Not! lives in the same Burtonesque series but earlier in the timeline, and is much more fluffier and brighter than its original form. The main drama in Soul Eater is the war against the First Kishin, the mad Chrona launching themselves onto the Moon, and the strained relationship between DWMA and the witches. The main drama in Soul Eater Not? Whether or not our heroine Tsugumi will find a meister partner for her weapon and whether it will be Anya or Meme.

And yet, I - who effin' loves how dark and dramatic Soul Eater has gotten, and how far it's gone from the original, boring story of mindless soul gathering by DWMA students - wish there was more Soul Eater Not! to read more than the original series. Unfortunately, both series are nearing the end of their run; Soul Eater ends at volume 25, its spin-off at volume 5. 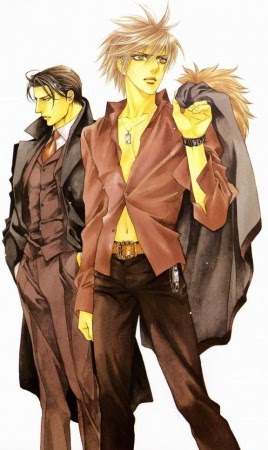 Oh, Digital Manga. Beloved DMP. One would think that they would have given up on Kickstarter after the last massive campaign and the amount of criticism they have received for using it so much in the past 2-3 years. But, y'know, it still works for them, so why not?

After the success of the Ludwig B Kickstarter - which had followed a behemoth disaster of a multi-title Tezuka campaign that ended in failure and an overwhelming disbelief in the system - DMP is now doubling down with not one, but two campaigns running concurrently: reprinting the classic yaoi series Finder and printing the Tezuka 2-volume title Alabaster.

Manga Worth Reading has a good post on the entire situation, including a look at Alabaster's stretch goal and how the company is openly responding to critiques of its current Kickstarter strategy. Read the comments, too!

Personally, I haven't backed a DMP Kickstarter since they licensed Barbara. It's not because of a lack of interesting titles worth funding; I just don't like DMP's newfound reliance on Kickstarter for everything from licensing to reprinting. It shakes one's confidence in DMP as a company and makes one wonder what their finances look like if they need to crowdfund so much.

However, if you want to see a title in print a lot and DMP is the one fixing to release it, Kickstarter or not, then go ahead and fund 'em. Support your favorite manga titles! In an era of digital piracy and scanlations, putting your money where your mouth is - especially for manga, a niche product in the world of books - is more vital than ever before.