In The Universe of the Four Gods: Reading Fushigi Yugi 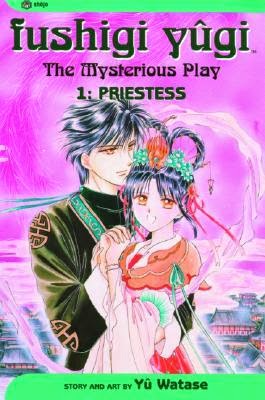 Spoiler warning: This post contains spoilers for the first five volumes of the Fushigi Yugi manga. Books 2 and 4 were the Animerica Extra edition, so there may be discrepancies in translation between those and the later Shojo Beat editions.

Without a doubt, Fushigi Yugi is the defining work of Yuu Watase's bibliography. It has also proved itself a long standing fantasy/shojo classic, up there with Naoko Takeuchi's Sailor Moon and CLAMP's Card Captor Sakura. It's also a mark of an entire generation of readers who became familiar with the constant cries of “Miaka!” and “Tamahome!” and the collection of the Celestial Warriors, from the cross-dressing warrior Nuriko to goofy priest Chichiri.

Funnily enough, until this year? I had not read any of it. I had seen some of the anime when it aired, years ago, on the International Channel, but not enough to get a feel for it. I'm no stranger to the works of Watase, but dipping into Fushigi Yugi were both familiar and new waters.

And now, five volumes into Watase's veritable magnum opus, I'm starting to see why I put off reading it for so long. I may be disappointing an entire group of shojo fans when I admit that, try as I might, I'm not loving Fushigi Yugi as much as I wish I did.

Fushigi Yugi's main plot is, years later, rather basic for its genre. Young girl is magically whisked away into another world – in this case, Miaka. When there, girl stumbles into her secret destiny and must collect either items or people (Miaka's is people) to fulfill some sort of prophecy. Oh, and the first handsome guy she meets? Totally her eternal soul mate.

The thing about Fushigi Yugi is, the world Miaka enters isn't real. It's a fictional realm, trapped within the pages of a very old book that apparently hasn't been opened for forever until Miaka and Yui stumble across it. Although I know there's a prequel/Gaiden manga for Fushigi Yugi, so I assume it involves another Priestess of Suzaku that isn't Miaka. And, I assume a Priestess who fails in summoning Suzaku, since Miaka still has to do it when she arrives. 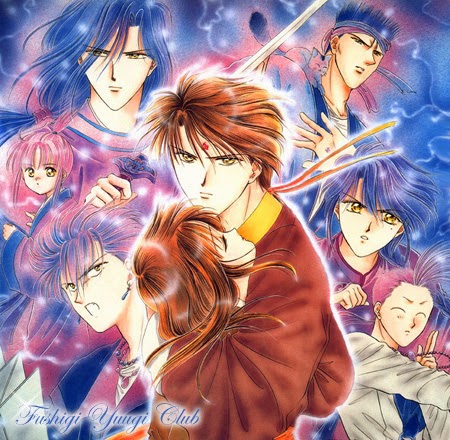 The most irritating point about Fushigi Yugi is Miaka herself. She wants so hard to be a heroine, and I find her insistence on studying for finals between quests endearing as well as her love for food that rivals Usagi Tsukino's, but everything else about her grates. Miaka can rarely if ever defend herself, and spends most of her time when threatened screaming for Tamahome, even if he's not within a normal range of hearing. She continually makes a martyr of herself while running away from her group, thinking she's helping when she only makes things worse.

I feel like Miaka would have been such a better protagonist if she had been more proactive, if she had been allowed to defend herself more vigorously and stop relying on her harem of handsome warrior men to save her every time. Imagine if Hotohori or Chichiri or Tasuki had taken the time to teach her defensive techniques. Imagine if Miaka had been given a sword or a bow and arrow or some kind of weapon. Does being the Priestess of Suzaku mean being helpless? I don't think so.

On the other side of the coin is Yui, who falls through the book later only to suffer a horrible fate and become the Priestess of Seiryuu. I find Yui could have been a multi-faceted character, but it falls apart on examination. Her entrance into “The Universe of the Four Gods” sends her directly into a horrible situation where it looks like she is raped by bandits soon after. This experience leads her to attempt suicide and volunteer herself to become the new Seiryuu Priestess, thus becoming Miaka's mortal enemy.

This is really lazy storytelling and I really wish Watase had not done it. It's possible to introduce trauma into a female character's narrative without resorting to rape. It's possible to portray a rape victim in a nuanced factor and not, in Yui's case, as va indictive and violent person who turns a complete 180 personality-wise from before her attack. But that is what happens to Yui, and that coupled with her urge to bone Tamahome leaves her in the lurch for character development. It seems that Watase is more than content to leave Yui as the bitter, broken young woman who wants to destroy her best friend because of circumstances beyond both of their control. It would be tragic if it weren't so lackluster in execution. 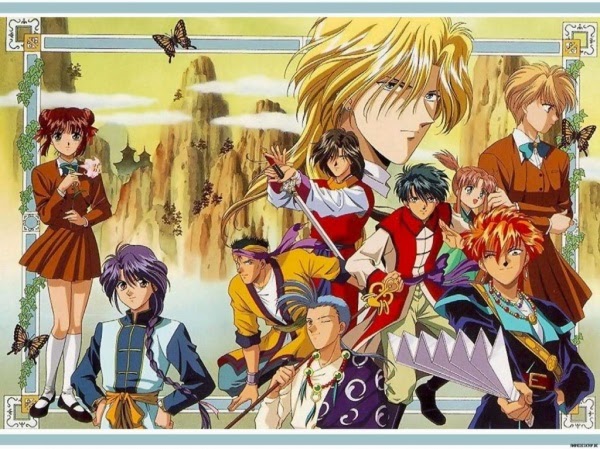 I actually like a lot of Miaka's supporting cast, despite Watase's best efforts to turn them into one-note jokes at times. Nuriko has become a personal fave of mine; he defies gender stereotypes and often is mistaken for a women, which is aided by his tendency to wear typical women's wear. He is also in love with Hotohori, which the series unfortunately treats as a punchline alongside his cross-dressing. Then we have the fiery Tasuki, whose fan is nothing to mess with, as is his temper and his sharp tongue. Chichiri the priest has always been a personal favorite for me, and I've always remembered his 'no da?' verbal tic even years after watching him on TV. He's simply adorable!

I'm also interested in the summoning of Suzaku, which seems to be drawing close now that all of the warriors have been found. I'd like to know how exactly Miaka is going to use these folks to bring it into being. Does Miaka have an inherent power connecting her to Suzaku? Does this mean Yui has powers too? I hope Watase explores this in full in upcoming volumes and stops diverting attention away from the main plot for Miaka and Tamahome's epic romance.

The thing is, Fushigi Yugi is like a melodramatic fantasy soap opera set in a fictional Chinese realm, and I can't stop reading it. I don't think it's the greatest thing ever, but I keep wanting to see what happens next. Will Miaka summon Suzaku? What's up with Yui and Nakago? What's the story behind characters like Chichiri and Chiriko, who we haven't seen much of in terms of back story? And what the hell is Miaka's brother up to during all of this madness? I wonder if he is still trying to figure out the “Four Gods” book – or is he sleeping on the job?

Actually, I realize that I only have access to Fushigi Yugi's manga up to volume nine – and then I have to procure it some other way. Dang it, Yuu Watase, you've hooked me into another series! Ceres wasn't enough for you!
Posted by Sarah at 6:55 PM