This could be huge. And I think that is putting things lightly. The new Toonami may need to watch its back, especially if Neon Alley brings back some of the older titles that Toonami's audience has been looking forward to. On the other hand, not everyone owns a major game console that can stream video, believe it or not (like me!) so not everyone will reap the benefits of Viz's new channel.

San Francisco, CA, June 27, 2012 – VIZ Media, the largest publisher, distributor and licensor of manga, graphic novels and anime in North America, unveiled plans for Neon Alley, a 24-hour anime channel featuring the world’s best titles set to debut on a major game console this fall. The service will be available in the United States and Canada. 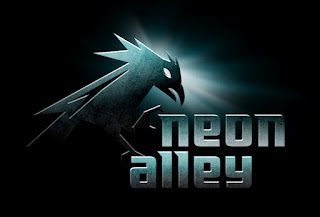 Neon Alley’s schedule will include a mix of action, adventure, science fiction, supernatural, fantasy, and horror anime, all uncut and dubbed in English, and presented in HD (when available). Programming will include blockbuster anime titles like NARUTO SHIPPUDEN, INUYASHA: THE FINAL ACT, and DEATH NOTE, and will allow fans to discover new titles such as TIGER & BUNNY, BERSERK: THE GOLDEN AGE ARC, ZETMAN, and NURA: RISE OF THE YOKAI CLAN, along with original content that provides news and behind-the-scenes access for fans of anime and manga.

“We created Neon Alley for fans to watch the best anime titles in the world right on their TV,” said Ken Sasaki, President and Chief Executive Officer for VIZ Media. “Neon Alley will have weekly exclusive premieres of the hit titles they love, along with a mix of new, cutting-edge titles they didn’t know they were missing.”

Neon Alley will be a subscription-based service, subsidized with limited commercial advertising, to keep the launch price to consumers at a low $6.99 per month. Anime fans can register online at NeonAlley.com for news, updates on the service’s launch, and to find out how to get a sneak preview of the series debuting during the first season. Neon Alley is the first platform designed to be studio agnostic, featuring titles from other anime producers and distributors, and will unveil its programming lineup, special introductory offers, new acquisitions and other partnerships throughout the next several months.