News: The Clock Strikes Twelve For Doctor Who

On Sunday evening in England, the BBC announced which actor would be replacing Matt Smith during the Christmastime special of Doctor Who, set to air at the end of this year. It was a big event and had Twitter exploding in geeky heated tweets as soon as the name was dropped.

If you want to stay unspoiled on the Twelfth Doctor's actor until Christmas, don't read on past the TARDIS image! 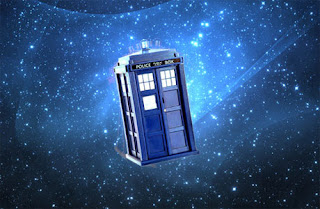 "Get out of my f**king sight!" are words we probably won't hear in the TARDIS any time soon (or ever!) but they are not unfamiliar words to the next man to fill the Time Lord's shoes: Peter Capaldi, Scottish actor who is probably best known for his role as Malcolm Tucker in the political satire series The Thick Of It (and the accompanying film, In The Loop). He also had a role in the BBC adaptation of Neil Gaiman's Neverwhere.

At 55, he's the second-oldest man to be the Doctor; in fact, Capaldi is the same age as William Hartnell when he started the series in 1963. Capaldi is also the third Scot to play the Doctor - right after Sylvester McCoy and David Tennant.

If you're unfamiliar with Peter Capaldi's works, don't fret. You still have time to get acquainted with his acting style! He's just had a small role in the blockbuster zombie film World War Z, and will also be in the upcoming Fifth Estate, a film based on the life of Wikileaks founder Julian Assange. And, of course, The Thick Of It, which is readily available on DVD.

Watch Peter Capaldi introduce himself as the next mad man with a box!

Email ThisBlogThis!Share to TwitterShare to FacebookShare to Pinterest
Labels: doctor who, news